RSS
← Archaeology of Masada
Some thoughts on Food in Medieval England. →

Some Thoughts on Food in Roman Times.

This  is an excerpt from my book titled   ” TOFFEE  APPLES &  TOGAS”

The Romans loved their food sweet and savoury,and honey was used in many of their recipes. In Rome, of course, bee- keeping was a must and was a highly scientific and important pursuit. Most farms kept bee-hives.It was usual to hand over the care of one’s bees to a man known as an apiarist who would be responsible for the bees. He would most likely prefer to live in his own small cottage so as to be near his bees.

The hives needed to be positioned near water and where plants such as thyme,heather,roses, and poppies grew.This position would be for the bees to gather the pollen. The honey was collected three times a year. There is an interesting account by Varro, a famous scholar in Roman times, about two brothers of the Veianus family.On inheriting one acre of land from their father they turned it over to bee-keeping and made their fortunes.

The remains of a Roman Apiary

As we have seen,the preferred honey of the Romans was thyme honey. In this they differed from today’s bee-keepers who prize heather honey. Neither this variety nor granulated honey was appreciated by the ancients. Pliny states that honey which crystallizes, is poorly rated. Today some specialists prefer the natural granulated form.

In ancient Rome honey must indeed have served many purposes, not only for cakes, sweetmeats and sauces, but as a preservative for all kinds of things including meat and fruit. Honey obviously had the same wide use that sugar has today.

The Romans loved their food extravagantly presented. A banquet might include wild boar or fully feathered peacocks, maybe even a hare dressed with wings to resemble the flying horse Pegasus. Roast pork might be included dressed to appear like geese or fish. Another item might have been all kinds of game bird.. The Romans also were fond of sausages filled with chopped pork,egg yolk, lovage and ginger.

When fish was served it had to be absolutely fresh. It was kept in tanks in the dining area ready for instant cooking. Oysters and snails were extremely popular with the Romans and were cultivated in artificial beds. They were also fond of spicy foods,especially sweet and sour sauces. These sauces contained many herbs such as, pepper,lovage,parsley,mint,bay leaf,cumin,honey and vinigar. 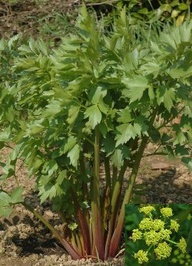 The meals for the rich consisted of three courses: a starter such as wild asparagus,salads,mussels,snails and oysters, a special fattened dormouse cooked in a variety of different ways,or cucumber sliced and dressed with penny royal,pepper,grapefruit juice,vinigar and honey. 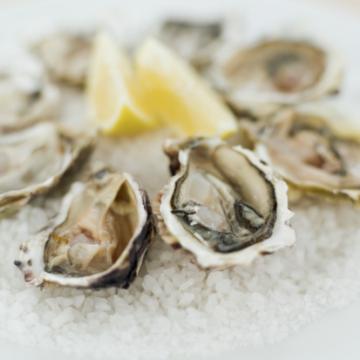 Oysters were a special delicacy for the Romans

The Main course or prima mensa  at a Roman banquet varied in both number and elaborateness of dishes; boiled meat, poultry, game, or other meat dishes would be served. No dish would be complete without Apicius ‘ highly flavoured sauce.

A Roman banquet for the very rich

The dining room in which the Romans took their meals was known as triclinium , so called because it was usual to arrange three couches around a central table leaving the fourth side open for the serving slaves. When eating, they wore a fine white napkin around their necks and had another beside them to wipe their fingers after they had washed them in a bowl of water. The meal would be followed by fresh fruit: peaches,plums, apples, grapes, and a variety of nuts. Wine would be drunk throughout the meal.

For the poorer people ,life was hard. They could not afford such luxuries. They lived in hovels, and their food consisted of mainly pulmenta,        a kind of gruel made from barley and wheat, supplimented by olives, beans, and cheese.

These were the houses of the poorer Roman.

Posted by ritaroberts on March 12, 2013 in Food in Roman Times

← Archaeology of Masada
Some thoughts on Food in Medieval England. →

3 responses to “Some Thoughts on Food in Roman Times.”