This Linear B Tablet is the first of the many Military Affairs tablets from Knossos which my teacher has given me to translate. It is relatively easy except for the fact it is truncated (broken) on the right hand side, this leaves us up in the air as to the exact total of swords that the scribe has listed. It is therefore difficult to state the exact total of these swords on my translation which is as follows.

Commentary by Richard  Vallance  Janke:-  This tablet is one in a series of several from Knossos which tally the “total number of swords” in a single range of inventories. The most notable fact about these tablets is that they all repeat the same formula over and over, with only the totals at variance. see further notes in this post. http://www.linearbknossosmycenae.wordpress.com

Please read the rest of this translation on the link above.

Posted by ritaroberts on August 28, 2015 in Uncategorized

Posted by ritaroberts on August 26, 2015 in Uncategorized

Oldest message in a bottle found in Germany

Oldest message in a bottle found in Germany.

A fascinating story about a message in a bottle .I think everyone will enjoy this read.

Posted by ritaroberts on August 22, 2015 in Uncategorized

Spicy stories: the case of a clove boat model

An interesting article from the British Museum where the researcher needs a little help from the public.

Since closure of the temporary exhibition Connecting continents: Indian Ocean trade and exchange, the exhibited objects, including a model boat made from hundreds of dried cloves, have been returned to storage. However, out of sight does not mean out of mind…

The world of clove models is a mysterious one: little is known about these exciting, unique and strongly scented objects. This leaves us with questions such as what are they, where did they come from, when and why? Very little was known about the British Museum’s clove boat model before it was displayed, including its origins. Research was thus carried out to start to piece together information, but many questions…

Posted by ritaroberts on August 20, 2015 in Uncategorized

The ancient Linear B tablets which I have been working on are so very small, that I often wondered how the Minoan scribes were able to see to write them, let alone read each others scripts, until I came across this wonderful article about Ancient Lenses.:

To date, the earliest lenses identified in context are from the IV/V Dynasties of Egypt, dating back to about 4,500 years ago (e.g; the superb ‘Le Scribe Accroupi’ and ‘ the Kai ‘ in the Louvre; added fine examples are located in the Cairo Museum) Latter examples have been found in Knossos (Minoan Heraklion Museum); ca 3,500 years ago). Another, possibly 5th century BC, lens was found in a sacred cave on Mount Ida Crete. It was more powerful and of better quality than the Nimrud lens which is the oldest lens in the world now in the British Museum.

The Nimrud Lens The oldest Lens in the world.

Also Roman writers Pliny and Seneca refer to a lens used by an engraver in Pompeii. So perhaps the ancients knew more about lenses than we give them credit for  (it only takes two lenses together in a tube and you have a telescope).

These ancient lenses generally magnify about l.5 or 2 times. Heinrich Schliemann the 19th century discoverer of Troy, excavated 48 rock crystal lenses at Troy. This is one of the largest hoards of ancient lenses ever found. These were unfortunately lost for many decades because they were with the missing Trojan gold hoard which disappeared from the Berlin Museum at the end of the Second World War. In recent years the Russians have admitted that the Red Army stole the gold and it is all in Moscow today. The 48 lenses are with these gold artifacts. 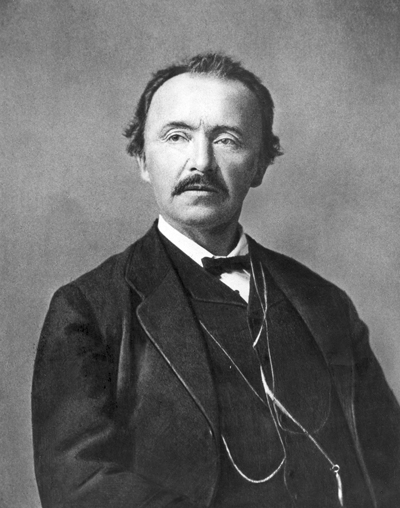 Another large number of crystal lenses exist in Crete, mostly found at Knossos. And yet another hoard exists at Ephesus in Turkey, though those ones are very unusual because they are concave lenses used to correct myopia (short sightedness), some shrinking images by as much as 75%

Most ancient lenses are convex and were used to magnify. At Carthage there are fourteen glass lenses and two rock crystal stored in a draw in the museum; they have apparently not been displayed as yet that I know of.

Egypt  too has examples one pair of glass lenses was excavated from the wrappings of a mummy and obviously were used as spectacles except that loops around the ears for modern style spectacles seem not to have been invented in ancient times. So these may have had some kind of nose loop or may have been held as a lorgnette.  The oldest evidence of a sophisticated optical capability so far found goes back as far as 3300 BC.  An ivory knife handle was excavated in the 1990s from a pre-dynastic grave of that date at Abydos in Egypt. It belonged to a king and bears microscopic carvings which could only have been made with, and can only be seen with ,a magnifying glass.

So coming back to the Linear B ancient Minoan script writers, if in fact they did use lenses, I say IF because we don’t know for sure, how troublesome this would be trying to hold the lenses on while writing. Were these lenses held on by some sort of nose loop or held as a lorgnette.

Below are a few examples of the tablets with which the scribes had to write as much information that they could get on them. What a task they had, and what a great task professional linguists and myself are having learning the history which is written on them.

As you can see the ancient Minoan scribes had a limited amount of room to record such a huge amount of sheep, goats ,oxen and pigs.

Even smaller Linear B Tablets.

Posted by ritaroberts on August 17, 2015 in Uncategorized

How to wash a 17th c. tapestry

Hampton Court is one of my favourite places, so I was delighted to see this post about the Washing of a Tapestry.

Posted by ritaroberts on August 16, 2015 in Uncategorized

Dear fellow bloggers. My apologies for the lack of posts on my blog. This is due to the fact I am now at a critical stage of my study of the Linear B ancient Minoan script writings which is taking up quite a bit of my time. However, I hope that you are enjoying reading some very interesting re-blogs I have posted so far.  Thank you for your understanding.

Posted by ritaroberts on August 13, 2015 in Uncategorized

Posted by ritaroberts on August 13, 2015 in Uncategorized

The Sudanese lyre: an object with many voices 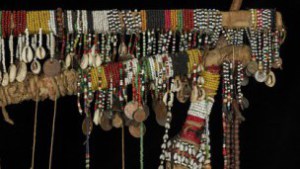 Of all the objects I’ve worked with in my eight years as an interpretation officer at the British Museum, the Sudanese lyre is perhaps the most intriguing. Made in northern Sudan, probably in the late19th century, it would have been played by a male musician at weddings and harvest festivals as part of a small band. It may also have been used in zār ceremonies – healing rituals involving spirit possession that are still practised in Sudan, Egypt and Ethiopia today.

Just as fascinating as the actual instrument are the coins, beads, shells and, as yet, unidentified objects that are attached to the lyre. In a sense, the Sudanese lyre is both a single object and an assemblage of many objects each with their own story to tell. In this blog I talk with some of the curators at the British Museum and the Royal…

Posted by ritaroberts on August 6, 2015 in Uncategorized