Doors of Arkadi I

This is a place I visited some years ago and was astounded to learn of the tragedy carried out there.

This is one from my archive. Last summer one one of our forays to Crete we visited the Arkadi Monastery. The Monastery lies in the west of the island, southeast of the coastal town of Rethymnon. It reached its heyday in the 16th century when the current catholicon (cathedral or main church) was built. At one time, the monastery was noted as a place for arts and scientific knowledge with a school and a rich library.

It is a fortified Monastary. The triple aisled catholicon sits in the middle of the central courtyard. It’s baroque façade with double doors is balanced by a fake door between.

Hanging above this is a rudimentary and rusty iron bell.

Around the central church are monk’s cells and other offices of the monastery, built along the fortification wall. 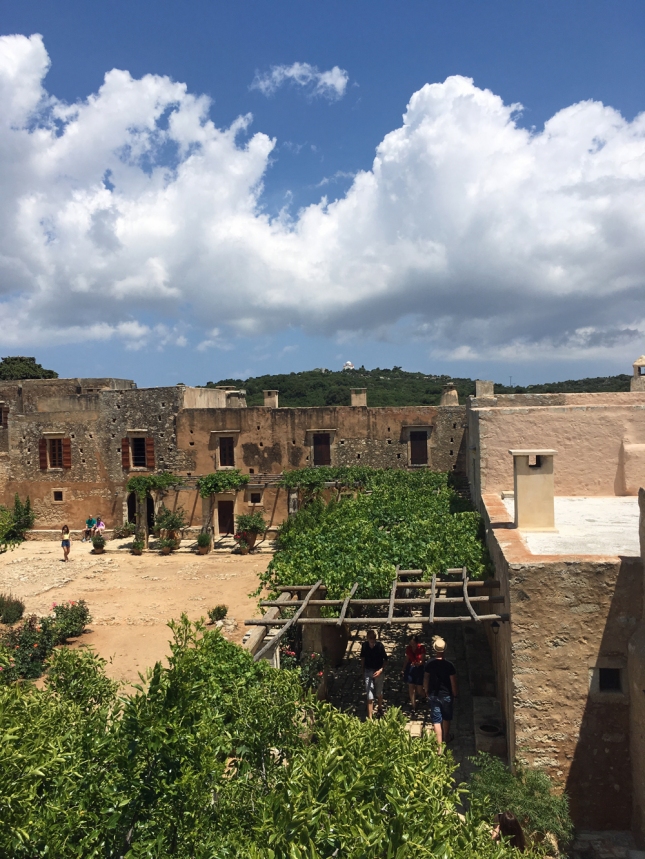 The monks’ cells are plain with simple doors, often ornamented with a cross.

Posted by ritaroberts on March 22, 2019 in Uncategorized