The Low Carb Diet Is Over 100 Years Old!

In 1917, four years before Insulin was discovered by Sir Frederick G Banting for the treatment of type I diabetes and type II diabetes was a rare condition, Diabetic Cookery by Rebecca Oppenheimer was released. What is so revealing about this book is that a low carb, high fat approach was its ultimate message. On pages 12 & 13, a list of forbidden foods and foods that are beneficial are supplied (below).

Comparing this to the NHS Eat Well Guide, published nearly 100 years later, in which nearly a third of the recommended foods are processed and starchy carbohydrates, it is not surprising that diabetes and obesity are rampant and shouldn’t we question that a low carb approach offered in 1917 and proven today as a safe and effective treatment for obesity and diabetes was ignored for so long and a low fat, high carb diet is promoted.

Posted by ritaroberts on June 26, 2019 in Uncategorized

A Personal Side Effect of Eating Low Carb

Adopting a low carb lifestyle, for me, has had an interesting and enlightening side-effect. Not only eating with health in mind, but also eating with the planet in mind. A third of the world’s food is lost during production or just thrown away, 10% during cultivation, 7% after the harvest, 12% lost during processing and another 11% after it has been purchased.

A growing movement is taking steps to try and tackle this problem and one of these pioneers is Ultima, a five star restaurant in Helsinki, aiming to be a model of sustainability by going zero waste and hyper local, by growing all of their ingredients right on the premises. Crickets grown in light bulbs and herbs & vegetables grown using airponics, an approach based on circular economics where waste is seen as a resource and reducing the need for water, transport and energy.

Deforesting the land to…

Posted by ritaroberts on June 24, 2019 in Uncategorized

via The Acropolis Museum and the return of the Parthenon Sculptures: Back to the future – The Archaeology News Network

FOR THOSE OF YOU INTERESTED IN THE RETURN OF THE PARTHENON MARBLES PLEASE LEAVE A COMMENT ON YOUR THOUGHTS HERE ON MY BLOG. tHANK YOU.

The Acropolis Museum and the return of the Parthenon Sculptures: Back to the future – The Archaeology News Network

Posted by ritaroberts on June 24, 2019 in Uncategorized

Posted by ritaroberts on June 15, 2019 in Uncategorized

From our founder and chair, Emanuel J Comino AM

International Organising Committee - Australia for the Restitution of the Parthenon Marbles

In April of this year, accompanied by Russell Darnley OAM, I was privileged to attend the International Conference on the Parthenon Sculptures, by invitation of the President of Hellas HE Prokopios Pavlopoulos. 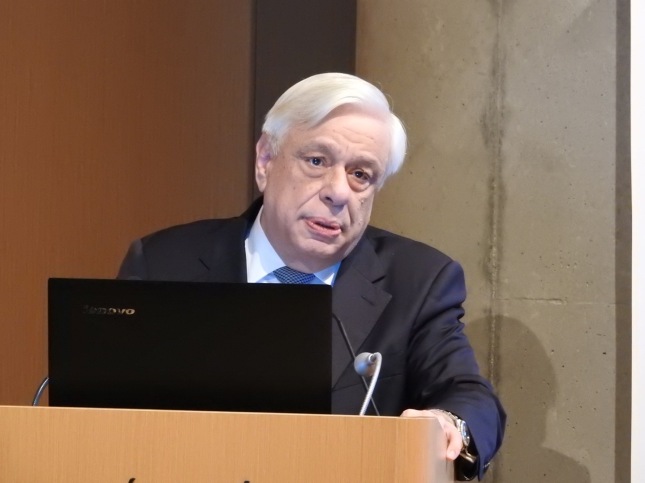 HE Prokopios Pavlopoulos addressing the International Conference on the Parthenon Sculptures.

It was a great honour, not only to speak at this conference but also to be elected as the Vice Chair of the International Association for the Reunification of the Parthenon Sculptures, (IARPS) following the conference.

As we approach the 10th anniversary of the opening of the new Acropolis Museum, it is an appropriate time to review how far we have come in campaigning for the return of the Parthenon Marbles. 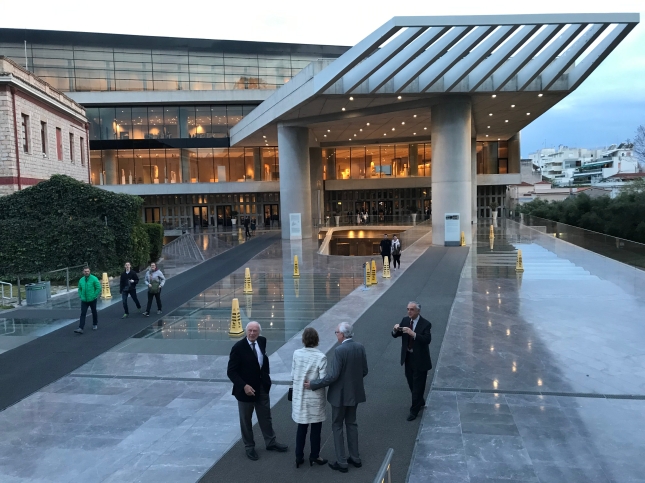 Delegates to the recent International Conference on the Parthenon Sculptures gathering in front of the Acropolis Museum for the opening on Sunday 14 April 2019.

Posted by ritaroberts on June 14, 2019 in Uncategorized

My fellow ancient writing system researchers in the CREWS Project have organised a Cypro-Minoan seminar/’reading’ group this term, to coincide with the visits of two visiting researchers who work on ancient Cyprus (Cassie Donnelly and Giorgos Bourogiannis, who have written about their research here and here). Cypro-Minoan is an undeciphered writing system used in the late Bronze Age/early Iron Age, mainly on the island of Cyprus but also at the site of Ugarit on the coast of Syria. My recent(ish) post about undeciphered writing systems focused on those found on Crete, so didn’t include Cypro-Minoan, but a lot of the same issues arise with trying to understand it: the corpus is very small (200-odd inscriptions), widely dispersed both geographically and chronologically, and consists of a very wide range of different types of inscribed objects (from probably administrative clay tablets and balls to inscriptions on metal bowls, clay figurines, ivory…

Posted by ritaroberts on June 13, 2019 in Uncategorized

Source: Nazi Code Breaker Alan Turing Just Got an Obituary in The New York Times — 65 Years After His Death

Posted by ritaroberts on June 11, 2019 in Uncategorized

Did ancient Egyptian children compete to see who could spit seeds the furthest as they ate watermelons? It seems likely, because thanks to some DNA detective work we now know for sure that the ancient Egyptians ate domesticated watermelons with sweet, red flesh.

The wild watermelons found in parts of Africa are nothing like the domesticated varieties. They are small, round and have white flesh with a very bitter taste due to compounds called cucurbitacins. There’s long been debate about when and where they were domesticated, with some suggesting it took place in south Africa or west Africa.

However, pictures on the walls of at least three ancient Egyptian tombs depict what look like watermelons – including one that looks strikingly like modern varieties (pictured below). And in the 19th century, watermelon leaves were found placed on a mummy in a tomb dating…

Posted by ritaroberts on June 11, 2019 in Uncategorized

10 things you should know about the (early) Knights Hospitaller

Source: 10 things you should know about the (early) Knights Hospitaller

Posted by ritaroberts on June 10, 2019 in Uncategorized

via ‘They will return’: The case for Greece to sue Britain over missing marbles – The Archaeology News Network

‘They will return’: The case for Greece to sue Britain over missing marbles – The Archaeology News Network

Posted by ritaroberts on June 8, 2019 in Uncategorized