THE AGE OF ARTHUR, PART FOURTEEN: WAR TO THE KNIVES 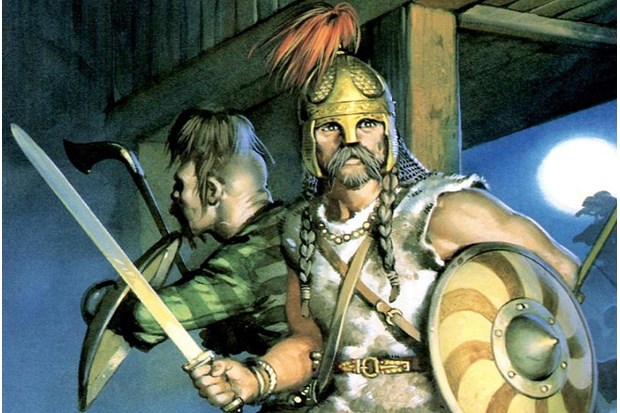 This is the Fourteenth-part of our discussion of Britain in the 5th though the mid-6th Century A.D. It is a fascinating period, with the Classical civilization of Greece and Rome giving way to the Germanic “Dark Ages”. It was the sunset of Celtic-Roman culture in Britain; it was the Age of Arthur!

(Read Part Thirteen here. Or start from the beginning, with Part One!)

WAR TO THE KNIVES: LLONGBORTH AND NETLEY MARSH

Returning in 511 AD from his sojourn in the north, Arthur and his mounted combrogi [1] rode down the Roman Roads from Din Eidyn (Edinburgh),  back south to his likely power-center. [2]  Word had…

Posted by ritaroberts on July 11, 2019 in Uncategorized